Today, there are more people on Facebook, than there were on the planet 200 years ago.
Here are the facts about that. 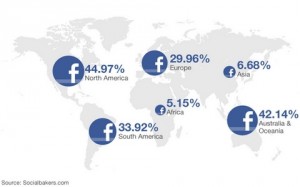 So, what do you want to do about that?

Update: Spring, 2015. Facebook, if it were a country, would be the most populous country in the world at 1.4-Billion.

Brian Atkinson is a comedian, voice actor, MC, and former radio personality. His sharp, smart comedic style has been a hit at clubs, corporate events, and festivals across the country including Bonkerz, Dr. Grins, Sunday Night Funnies, Punchlines and Gilda’s Laugh Fest. You can find his audio books on Audible, Amazon, and iTunes. Brian and his lovely wife Holly live in Grand Rapids and he has a lot of t-shirts.