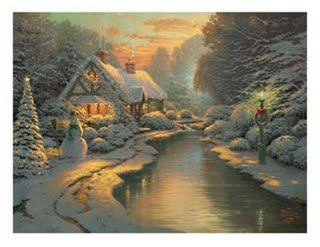 I can’t believe that Christmas is almost here!

I have a special shout-out to my friend Matt for passing this heartfelt story on to me. I’m not above posting something that’s traveling around the internet and although this might not exactly fit in the format of the Wacky blog, it really got to me.

Late last week, I was rushing around trying to get some last minute shopping done. I was stressed out and not thinking very fondly of the Christmas season right then. It was dark, cold, and wet in the parking lot as I was loading my car up with gifts that I felt obligated to buy. Then I noticed that I was missing a receipt that I might need later. So mumbling under my breath, I retraced my steps to the mall entrance.

As I was searching the wet pavement for the lost receipt, I heard a quiet sobbing. The crying was coming from a poorly dressed boy of about 12 years old.

He was short and thin. He had no coat. He was just wearing a ragged flannel shirt to protect him from the cold night’s chill. Oddly enough, he was holding a hundred dollar bill in his hand.

Thinking that he had gotten lost from his parents, I asked him what was wrong.

He told me his sad story:

He said that he came from a large family. He had three brothers and four sisters. His father had died when he was nine years old. His mother was poorly educated and worked two full time jobs. She made very little to support her large family. Nevertheless, she had managed to skimp and save two hundred dollars to buy her children Christmas presents.

The young boy had been dropped off by his mother, on the way to her second job. He was to use the money to buy presents for all his siblings and save just enough to take the bus home. He had not even entered the mall, when an older boy grabbed one of the hundred dollar bills and disappeared into the night.

“Why didn’t you scream for help?” I asked.

“And nobody came to help you?” I wondered.

The boy stared at the sidewalk and sadly shook his head.

“How loudly did you scream?” I inquired.

The soft-spoken boy looked up and meekly whispered, “Help me!”

I realized that absolutely no one could have heard that poor boy cry for help. So I grabbed his other hundred and ran to my car.