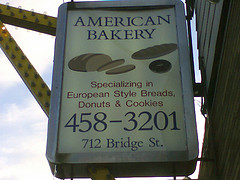 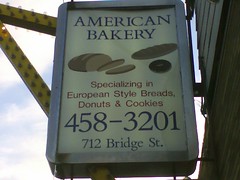 Over Christmas I dropped my laptop. It seemed un-damaged until I rebooted. Then it was not usable. I did my best to fix it, but brought it to a shop for repairs. 4 days, $500 and a new hard drive later, I’m transferring data back to the laptop and getting back to work.

At this point you’re probably thinking, “come on Brian, get to the food.” Bear with me gentle reader – I’m coming to that.

Three weeks into the continuing data restore from backup I awoke, showered and approached my laptop, ready for a day at the home-office. (if you have never tried telecommuting, I recommend it highly!) Only an error message “you must restart your computer” greeted me from the screen. It asked me to hold the power button down to restart, so I did. It shut down. I pressed the power button again to restart it, but nothing happened. Nothing at all.

I tried again (startup sound) and relief flowed over me for a moment. That is until I realized that the screen was dark. (lots of troubleshooting later) I reset the pram a good step in Macintosh troubleshooting – but this had no effect. I found myself back in the repair shop.

I’m still coming to the food – don’t you worry your pretty little head about that.

I asked them to pull the hard drive out and back the data up for me onto an external drive I brought with me. While they did that, Kris, the tech suggested I get some coffee or something and he’d call me in a bit. So I sallied forth to the closest place I could find, the “American Bakery”.

My first question is why not specialize in “American” baked goods – or even go with the name “European Bakery” if the continental pastries are your forte?

However, not dissuaded, I went in anyway.
The room was dimly lit. Three men dressed in goodwill sheik huddled around a coffee counter and peered bleakly at a television showing the Today show. Their gaze shifted briefly my way as I walked past them to the bakery counter. If ever the downtrodden of society chose a bakery instead of a bar, this would be it. They also sell a small quantity of cigars, the small variety with the plastic filter on the end, and roll-your-own tobacco. The cakes hiding under yellowish fluorescent lights were another story.

Apple fritters as big as the hubcap on a 1973 Olds-cutlass lurked there, as did a few cinnamon rolls that looked more like cleaved bowling balls. Behind the counter were the donuts. Coffee, brewed earlier this year, stewed over at the double-u-shaped counter where my earlier acquaintances, Athos, Porthos, and Aramis sat. A lithe girl of about 14 years and Indian heritage, bundled in winter coats, came from behind the counter to help me. A sweet smile and bright eyes were just an invitation to the sugary goodies on the wall.

I ordered a double-chocolate and a blueberry-filled. 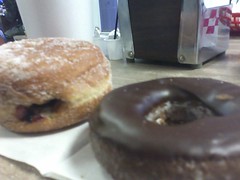 The jelly was more like blueberry pie filling and I’d estimate it at around 3/4 of a cup. That’s just silly – even in donut-land. The coffee was exactly what I expected; hot, thick, served in Styrofoam, and not very good.

However, if you get a chance, stop in and have a bite.

One note on the musketeers from earlier. If they’re still at the counter, you can look forward to a conversation like this.

“Man, when my mom was pregnant with me and she had pains, she just drank a beer. I think all that worry about drinking when a lady’s pregnant is stupid. I turned out just fine.”