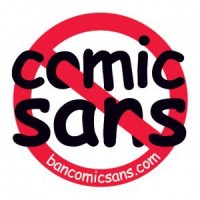 Can someone really hate a font?
How about two fonts?
The answer is unequivocally, yes.
If you’ve spent any time near churches or schools, you know the font all too well. It’s part of the sad set of fonts that came with Windows 95, and later Microsoft Office 97, and were immediately over-used by “creative types”. Sadly, they are both over-present in culture today and have been used for businesses, signs and brands. One could say the same for Hobo (thank you Kevin), Curlz MT, Jokerman LET, and of course Wide Latin. It’s easy to simply cast blame and point at Windows 95/Office 97 as the cause of the downfall of humanity, but let me elucidate.

In the olden days, Windows 3.1 came with only a handfull of fonts:

Now comes Windows 95 and their fonts. Win95 included the Win3.1 fonts and added just one more:

Comic: reminiscent of the hand-lettering used in comic books for many years
Sans: meaning Sans-Serif – without the serif

It was built for a specific use in 1994 but wasn’t ready in time. It was meant to appear in the talk-bubbles of Microsoft Bob – a precursor to Clippy, and according to the font’s creator, Vincent Connare, it was never to be released for general use. (read V. Connare’s notes about Comic Sans)

Before this, desktop publishing was a mysterious beast that roamed the forests and hills and was only seen on Macs in studios with things like laser printers, paste-up boards and wax rollers. Suddenly, seemingly everywhere, signs popped up that looked like Ransom notes or a military issued Stencil. The professional design community was open to this, now that an inexpensive Windows PC with basic MS Office could replace some of their high-end Macintosh design machines. However, there was an insidious double-edged sword. Office staff could now create their own items and pass them off as “design”. 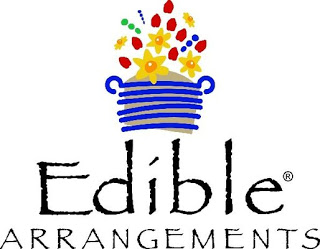 What about this font says “yummy fruit basket?”

Posters, newsletters and tri-fold brochures ran rampant with 4 or even 5 fonts on a single page. (don’t even get me started on the invention of Word Art) Designers lost jobs as the demand for their services waned and companies simply had the office assistants make these pieces. Then, with “Desktop Publishing” on their resumes, those one-time clerks sought jobs at billboard and sign companies and put their font libraries to use there. Instead of hiring marketing and design firms, companies hired people with no artistic training or experience to create their brands. 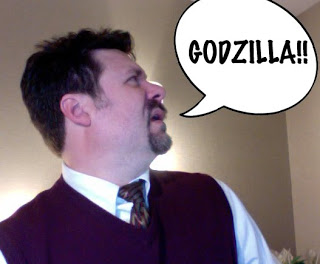 With that history lesson in mind I take you to the reasons why one would use a particular font over another. Fonts set the mood as much as a color does. A font can convey intention, atmosphere, experience, exuberance, cynicism and joy. Choosing a font – just because it looks cool is similar to using a didgeridoo in a rock concert because it’s the fashionable thing to do. Using a font that was hugely over-popular from 1995-1998 is also kind of like listening to your late 90’s music and calling it “hip”. It’s been nearly 15 years people, time to let it go. That is, unless you’re putting text in a talk-bubble, but there are many other fonts to do an even better job.

In addition to the simple over-use, Comic Sans and Papyrus communicate a very specific tone. Comic Sans looks childish, informal, and playful. Papyrus looks aged, mysterious and distressed. Yet, these fonts are used willy-nilly for the most inappropriate purposes.

Comic Sans on a grave marker?
Papyrus on a Credit Union sign?
Because they are over-used and used so poorly, the use of the fonts have come to communicate something about the person who used them. They say, “unimaginative,” “unprofessional,” and “irrelevant.”

So, if you use either of them – it’s just good for you to know that your work will be mocked, and you will be perceived as incompetent. Please, for your own sake, if for no other reason, stop using them now.

One Reply to “Just Say No to Comic Sans and Papyrus”