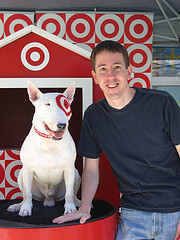 This is Steve. He’s an old friend of mine from my days working at Calvin College, and who now works for yahoo, and engages in shameless promotion of Target stores. 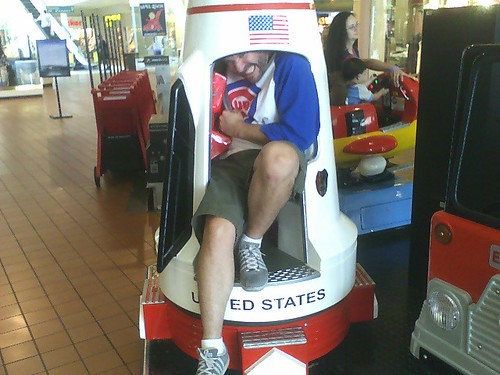 Steve and I went to St. Louis for our friend Neal’s wedding. The wedding was in Alton, IL, just across the ‘big muddy’ from St. Louis. We had some time to kill, so we went to the mall, and I got into (tried to get into) this rocketship. Please note, that although I was in Illinois, I was boo’d by a little kid in the mall for wearing my Cubs jersey. I bought a Cardinal’s cap to go with it. That ought to fix the kid. 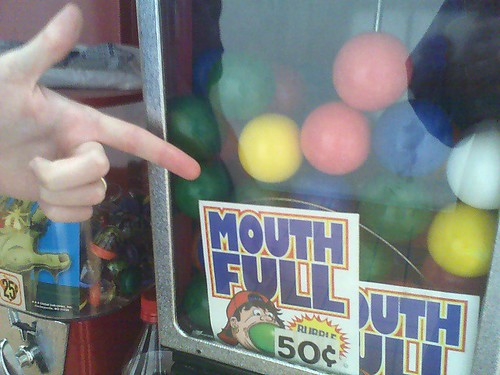 It didn’t take long for Steve to spot this little beauty. 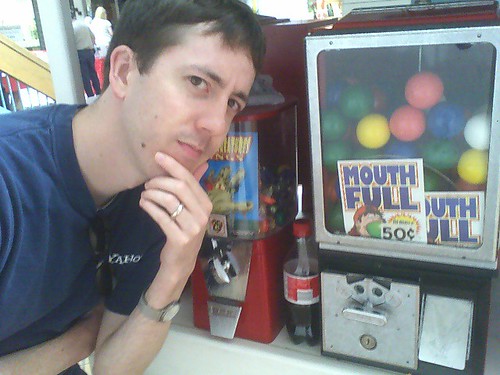 Steve is a lot more adventurous than he looks and has been skydiving several times. I don’t think, however, that jumping from a plane prepared him for ‘the mouthful’. 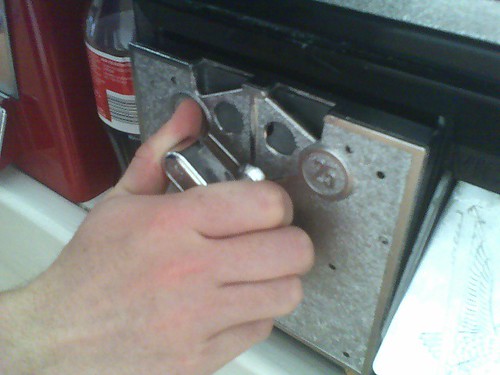 The gumballs looked pretty big, but not insurmountable. I offered to buy, if Steve would eat it, and Steve agreed, providing I’d photograph it. So, 50-cents later…
and with the use of my trusty phone-cam… it began. The double-barrel turney-thing was pretty sweet. 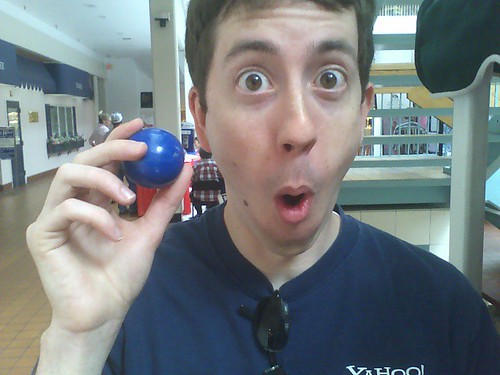 The view of the gumballs through the glass did not do them justice. The shotput clattered down the runway as the machine delivered its payload.
Blue! 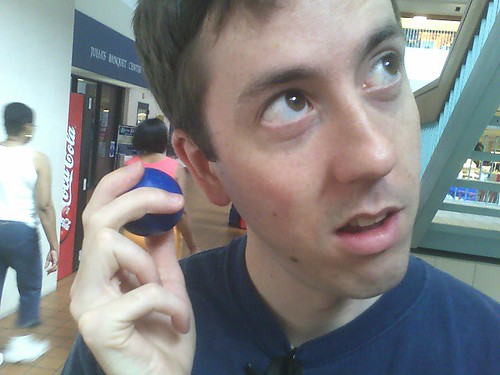 Turns out there seemed to be more to the gumball than we bargained for. There was an audible rattle. What could it be? A crunchy surprise? More gum? Something else? There was only one way to find out. 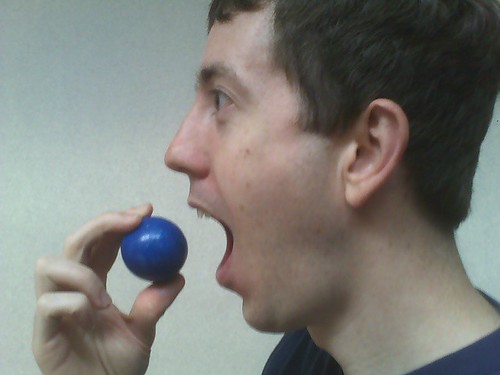 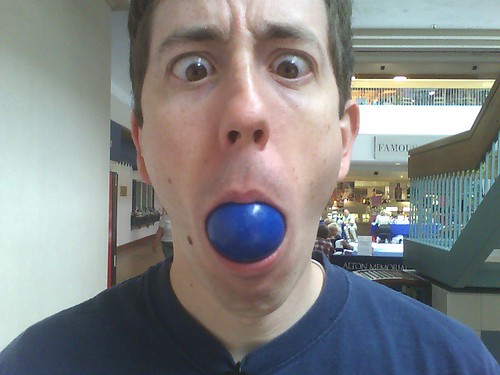 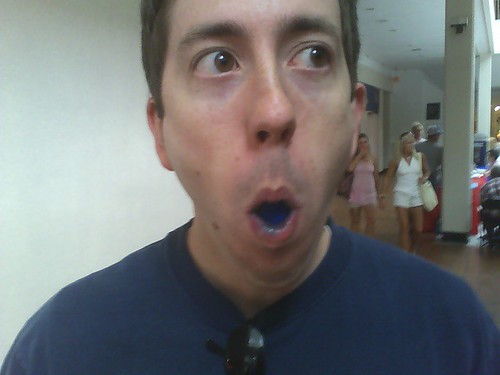 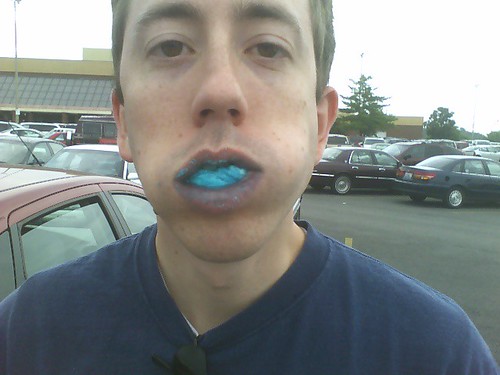 Eventually, he had to take it out and bite it in half. There were some problems with that though. Steve couldn’t close his mouth, so the blue spit built up and eventually spilled out onto the ground. Those pictures are not here, but if you follow any of the links on the pictures, you’ll find the rest.
Good news, there were some kind of ‘nerds’ or other nibbles of hard candy inside, making the noise. 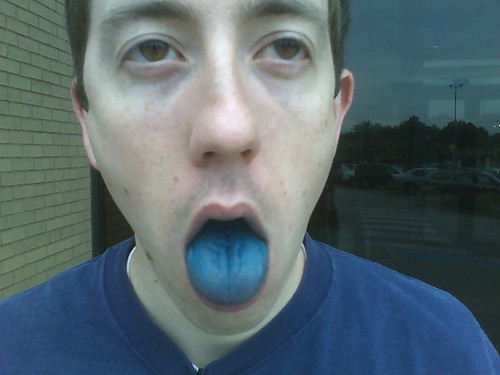 Looking back, I’ve thought a lot about the symbolism of the big gumball and I haven’t come up with anything relevant yet. What do you think?