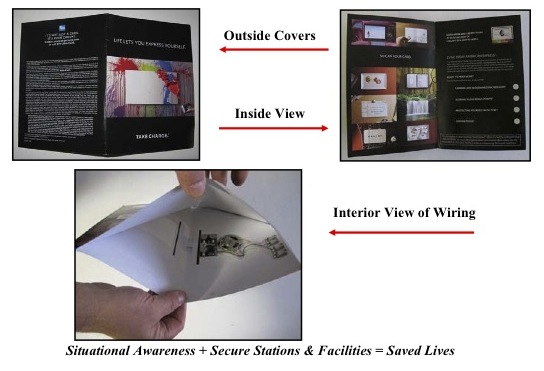 From Homeland Security / Special Operations
On Wednesday, April 6, 2011, members of the Baltimore County Police Department – Hazardous Devices Team responded to a suspicious item received via the mail (USPS). The recipient partially opened the item and observed “wires” which he felt were consistent with an IED. The item was subsequently examined by bomb technicians who determined the item to be a new “American Express” advertisement.

NOT A BOMB! – kinda one of those musical greeting cards… awesome.