↓ Skip to Main Content
Home › Wacky › stuff that occurs to me

stuff that occurs to me 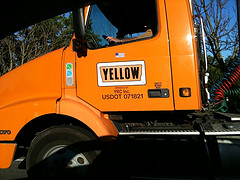 So maybe you’ve heard about the guy on twitter who wites “sh*t my dad says“. My twitter feed (also facebook) is much easier to digest. Here are some from the last couple of weeks.

I’ve always wanted to be somebody, but I should have been more specific.

It says yellow, but it’s orange

You know the old joke, “why did the chicken cross the road?” It occurred to me today that any chicken doing that is poultry in motion.

I think my clock is hungry, it just went back four seconds.

After my excursion yesterday, I thought, “When you’ve seen one shopping center, you’ve seen a mall.” (read it aloud, you’ll get it)

Late-nite shopping, I got some animal crackers. The box says “Do not eat if seal is broken.” When I opened the box, sure enough

Saw on the news this AM that they are naming a section of the Denver hospital after Olympic skier Picabo Street. The Picabo ICU.

A friend of mine told me to find a woman with a tattoo. He says, that’s a woman who can make a decision she’ll regret later.

if anyone is looking for part-time work, I know of an opportunity selling No Soliciting signs door to door. #notarealjob

I was meditating earlier this morning. Well, you know it beats sitting around doing nothing.

I’ve got myself some Carefree gum, but it’s not working yet.

Just getting into the end-of-the-world fun, I called a psychic. She asks “who’s calling?” I hung up. She should’ve known it was me.

a cat will blink when struck by a hammer. #justsayin
(ok… that was a bit offsides)

What would you say if Jesus sneezed in front of you?

Last night I got kicked out of the office supply store. Apparently it’s not OK to just stand there in the stationary aisle.

You’d think I could find buck teeth at the dollar store.

The big question is – do I make this stuff up? I honestly don’t think I do. I have to imagine that I’ve heard these somewhere, but I do have a trip-hammer mind. So, I see or hear something, and one of these pops into my head. Did I make it up? Did I just remember it? I dunno.

Regardless, I feel prolific!