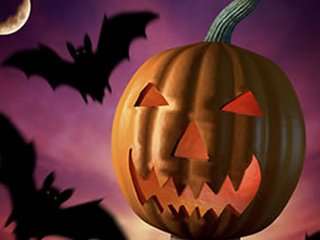 Each year as the end of October approaches I find myself caught up in conversations about Halloween. To some, this is a fairly innocuous day, and to others it is tantamount to selling one’s soul to the devil. Being that I’m someone who tries to follow Christ and tries to still live in the tangible world, you can imagine that those conversations have a range. Feel free to wade in on that if you like.

Here are some Halloween type links to some wacky and some just plain awful web pages.
Boo on a Budget
Ruprecht the Psychic Chicken’s Haunted House
Creepy Classics
Carving Pumpkins used to be free, but now $8 will get you the patterns for an amazing Jack-O-Lantern.

Some costume observations:
Men – Pirates
Men want to be pirates. We used to want to be cowboys and some other stock characters until the Village People used some of the best ones. Now, many of us are afraid go out in our police officer, Indian Chief, or leather-biker outfits for fear of confusion.

Thanks to my friend Brenda who helped me think that through a while back.

What are you going to be for Halloween?