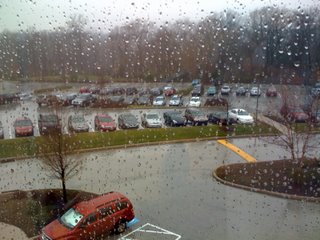 You might wonder what’s the difference between Philadelphia, Pennsylvania, where I live, and Grand Haven, Michigan where my sweetie Sylvia lives. The differences are actually quite striking.

In PA, winter means rain, sleet and snow, all mixed together or at least the threat of said precipitation. That threat creates early releases from work – like today, we’re all supposed to go home at 2:30. Drivers freak out, not because it’s so rare, but because the winding, curving, hilly roads are almost impassible when it’s dry and sunny. Drivers around here have as much chance of successfully navigating those roads as Joe Biden has of successfully navigating a press conference.

In MI, winter means snow. Snow as far as the eye can see and it never ends. Winter also lasts 6 months. Michigan drivers have to drive in straight lines and there are snow plows armed with rock salt. Also, everyone drives huge american made tanks with 4-wheel drive so they don’t care about the roads any more than Hillary Clinton cares about New York state.

Yeah – so, it’s 2:30, I gotta go get my PA driving license so I can drive like an idiot and have a good reason for once.

2 Replies to “what is the difference?”